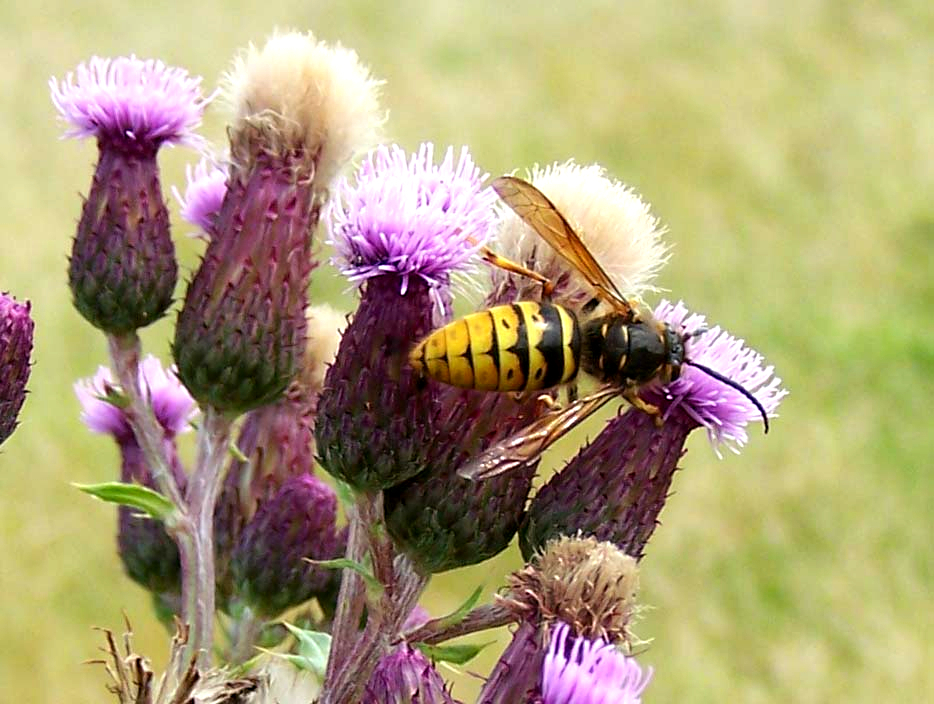 Saturday 28th July 2007. Today I set out for the gig commendably early. It was a bright sunny day (one of very few we have had this disastrous summer), and the camera was taken along, in order to pleasantly pass the spare time after arriving at the venue, by inspecting the area for unusual wild plants & flowers.

When I say unusual, I mean unusual to me; for I can only name about 20 or 30 wild plants, whereas there are many hundreds native even to these modest islands. I’m still completely hopeless with trees, for example.

As I get older, it increasingly seems to me really necessary to learn about & know what these things are that surround us in the natural environment with which we are supposed to be in harmony. Before we completely bugger it – and them – up. Though it’s perfectly true, that we would have to exert ourselves as never before, to get rid of wasps & thistles!

Above all, I took the camera to the gig with me because last Tuesday, when I cycled along the canal into Birmingham, a wild plant that was new to me was noticed. I examined it carefully & remembered its most salient characteristics, so that I could look it up when I got back home. While looking in the reference book, it suddenly occurred to me that while examining that wild plant, I had had, all the time, in my back-pack, a 6 Mega-pixel digital camera. Science has laboured long and hard to bring things like 6 Mega-pixel digital cameras into existence (even if the driving force behind such research is usually to kill human beings more efficiently), so it seemed rather obvious to take the camera with me more often to aid the identification of wild plants &c. And as I am even worse at identifying thistles than trees… (oh: by the way, I almost forgot to say, the plant by the canal was the Pale Toadflax, Linaria repens.) Anway, that is how we came to be photographing thistles. We would no longer have to remember what they looked like, but could actually see an image of them to compare with those in our reference books.

The trouble was, you see, that there was a stiff breeze at the time, and these thistles were at least a metre tall, so they were blowing around quite a bit. Then the wasp settled, but I made a few shots, and the one above turned out OK. It was, I think, relatively large as wasps go: a maximum of 19mm is a figure which Google provides. A week ago I saw another such large wasp, and it comes to mind that perhaps this very cold and exceptionally wet July we are having, may have something to do with it? Fewer wasps, but larger, maybe? Still, the thistle was easy enough: it can only be the Creeping Thistle, Circium arvense.

Correction, added 13th August 2007. The weather had nothing to do with the size of this wasp. It was not a very big Vespula vulgaris, the common wasp, as I supposed. It was instead a fairly normal sized Vespula germanica, a European species which is gradually becoming more common in the British Isles than it used to be. Germanica is much larger than vulgaris, and besides the size, the easiest diagnostic feature is its black antennae. Those of vulgaris are apparently greyish in colour. There is in fact a nest of Vespula vulgaris in the roof of my kitchen at the moment, but I do not intend to disturb it just in order to check the exact colour of their antennae!