In retrospect, and apart from my family (a son, a daughter, and lately three grand-daughters), music has probably been the most consistent thread throughout my life. I was surrounded by it as a kid, and I mean live music. My brother and I grew up until 1952 in our grandparents house. My grandfather was always playing the piano – mostly popular pieces from his own youthful years – he was born in 1882. These included military marches, and cakewalks such as ‘Hiawatha’, ‘Whistling Rufus’ and the once-ubiquitous but now forgotten ‘Brooklyn Cake Walk’ by T.W. Thurban – one of the few British Cake Walks, if there ever was such a thing! My father was a very proficient emulator of George Formby, both vocally and on the ukulele-banjo. So we were imbued with ‘proto-jazz’ and jazzy songs with jazzy accompaniment on the Formby Deccas and Regal-Zonophones, from earliest times. I tinkered with the banjo about age 12, and more seriously with the clarinet from age 14, receiving some lessons from Norman Dovey, quite an important figure on the dance band and big band scene in Birmingham for many years. We had a school jazz band in the fifth form (1959-60) – an astonishing concession on the part of the Headmaster, T.F. Rogers, M.A., who had been in office since 1931. I think that was because he was about to retire after 30 years of valuable and devoted service, and thus may have permitted himself a rare luxury in thinking “Well – I won’t have to answer for the consequences of a Jazz Band.” I must add here, while I have the chance of recording it, that Tom Rogers was the old sort of headmaster who was both incredibly strict but also kind-hearted as appropriate – a fine example of ‘Justice tempered with Mercy’. He could paralyse first formers just by looking at them. Had he glared at them, they would probably have lost consciousness!

Anyway, you will be relieved to hear that this is not the start of an autobiography. Merely, on this page you will find some jottings about mostly trivial matters to do with music. 8^) 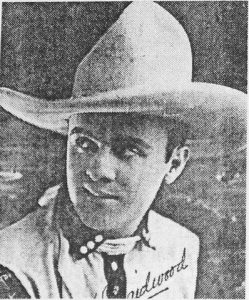 18th November 2019. This is to correct a link given in one of my Youtube videos. It linked
to this page, but my ‘re-organisation’  8^)  of the site deleted it! Click on Frank Braidwood
above, to find out more. 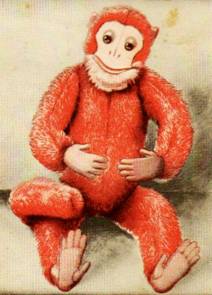 THE LITTLE RED MONKEY HAS GOT ME…
Always having been prone to ‘catchy’ tunes, need I say more?
I learned later, that the are sometimes called ‘ear worms!’ 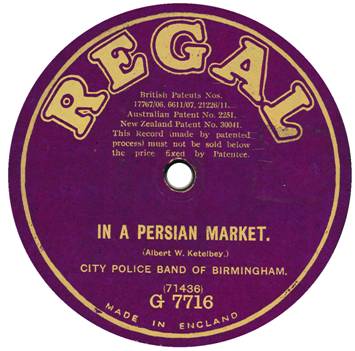 THE BIRMINGHAM CITY POLICE BAND in 1921.
On this page you can hear all six sides this large ensemble made for Regal in late 1921. The conductor was Appleby Matthews. He became the first conductor of the City of Birmingham Orchestra. 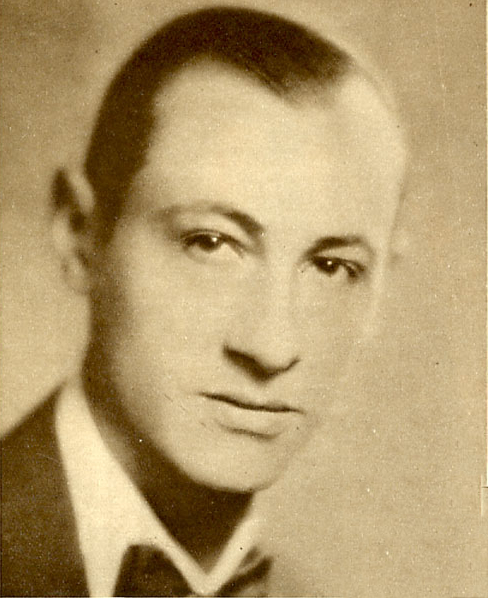 FRANK TRUMBAUER – C-MELODY OR ALTO SAX.: WHERE & WHEN?
The great saxophone player and friend of Bix Beiderbecke is often listed as just playing C-melody saxophone. Did he play the alto sax too? Of course he did (not to mention the bassoon, cornet and clarinet!), and this article gives some possible instances, with audio samples. 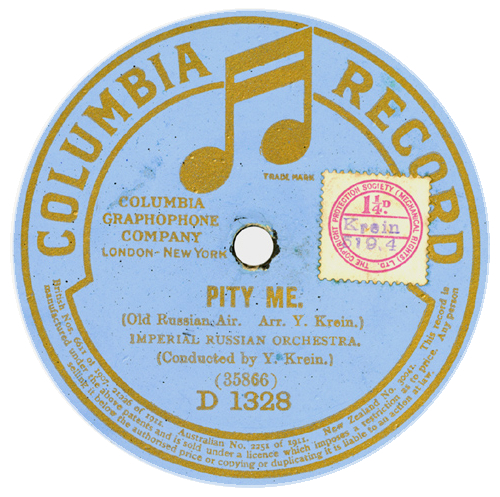 THE ‘IMPERIAL RUSSIAN ORCHESTRA’, 1915.
Four sides were recorded in London in late 1915 by this small orchestra. The leader and arranger was Yasha Krein, who came to this country from Russia in 1904. Find out more, and hear the sides, on this page. 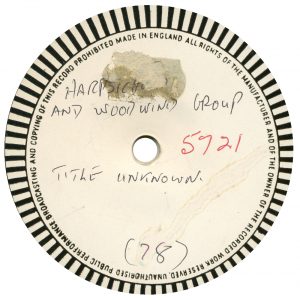 IN A MIST.
Bix Beiderbecke’s famous piano composition. A link to a most unusual version of it,
recorded in the U.K. in the mid 1930s – but never issued. 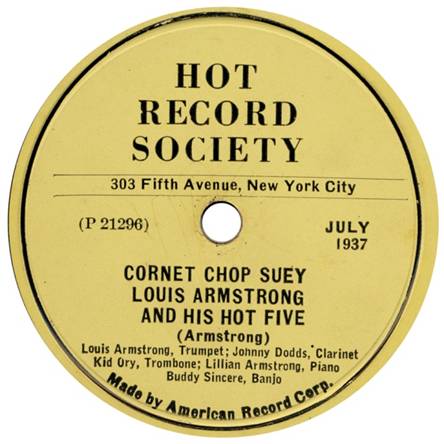 CORNET CHOP SUEY by LOUIS ARMSTRONG’S HOT FIVE: WHAT KEY IS IN?
A discussion of the correct key for the 1926 Louis Armstrong Hot Five recording of this tune. Did the band play it in E flat, or F? How did the uncertainty arise? 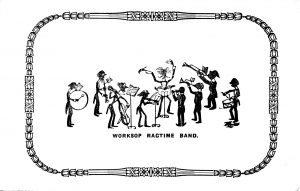 THE WORKSOP RAGTIME BAND.
A postcard, possibly from ca. 1915-1918, of a fascinating & totally unknown ensemble. 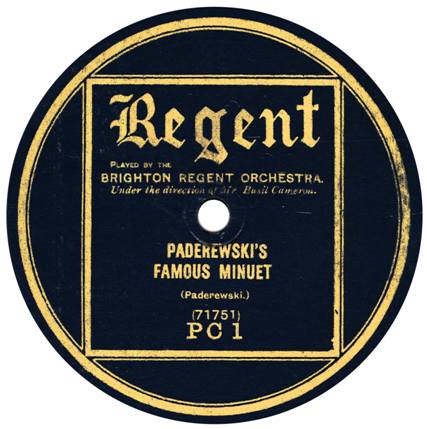 THE BRIGHTON REGENT ORCHESTRA.
The Brighton Regent Orchestra was formed to play in the new De Luxe Regent Cinema, which opened in 1921. It was conducted by Basil Cameron, a rising musical star at the time, destined to become a famous conductor. Happily, they made 12 issued recordings in 1922. Ten of them may be heard on this page! 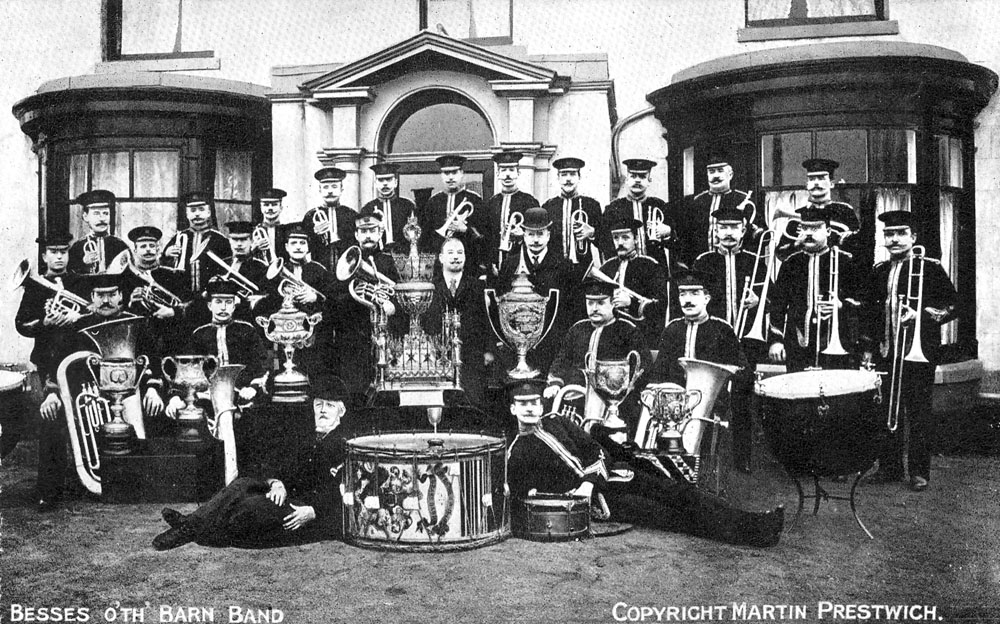 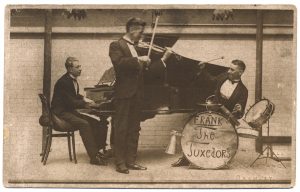 OBSCURE BRITISH 1920s DANCE BANDS.
What of the ‘unsung’ dance bands? Those who played in the provinces, never travelled much, and above all, never made records? Many people have been researching them for years. Today we upload a few images of such bands.