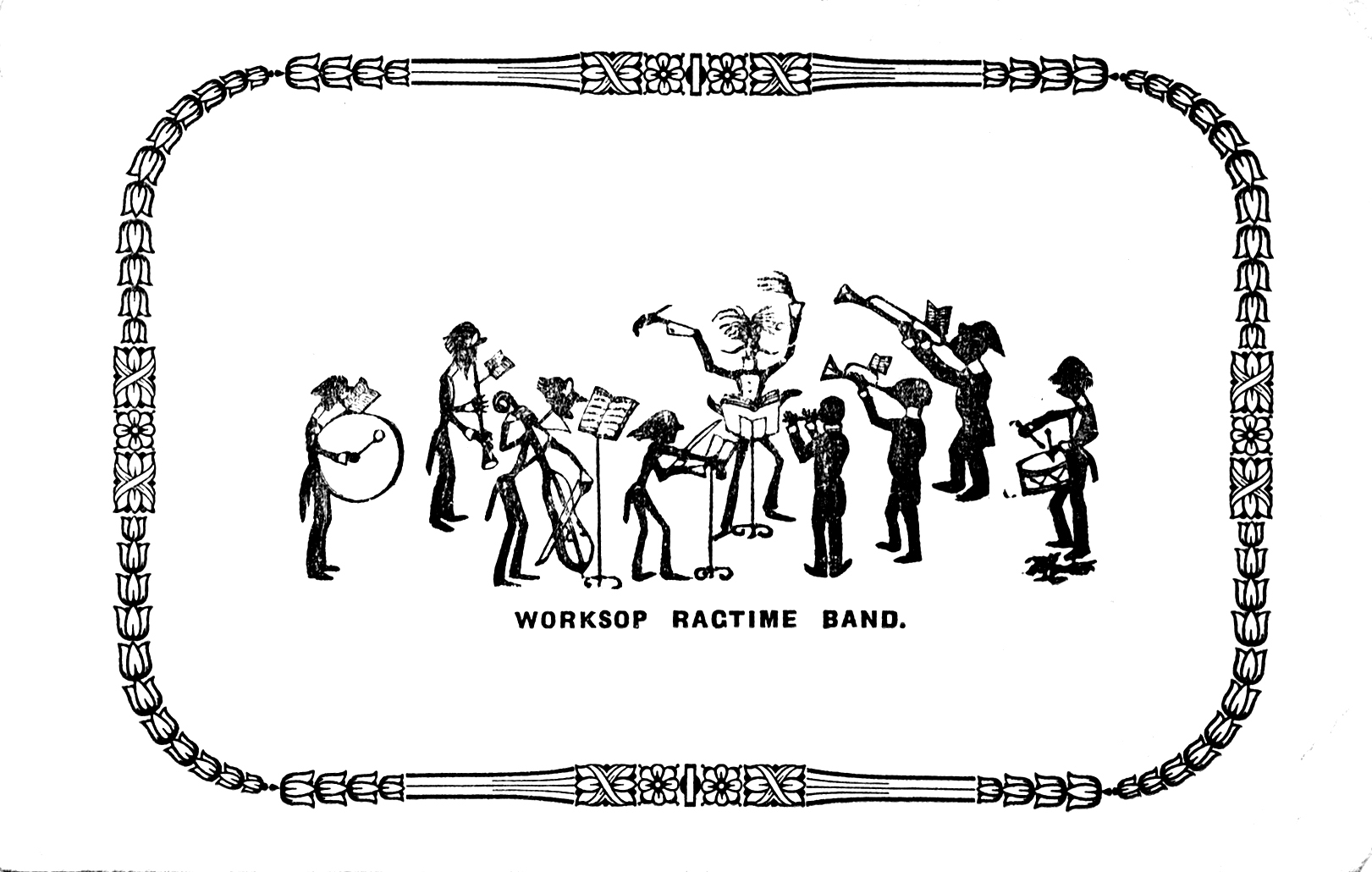 This postcard was found on eBay a couple of years ago. It was advertised as in poor condition, but being in black & white, was easily conserved as above. It is the only example of a ‘Ragtime Band’ I have ever encountered located outside London. Should you happen to see this web-page, and know anything whatsoever about this fascinating ensemble, do please write in. The postcard was unused, but in the space for the stamp is printed ‘Inland Postage ½d.’ This was the standard rate for a postcard from their inception until sometime in 1918, when the rate was raised to 1d. We may lawfully assume then, that this postcard was printed before sometime in 1918. As to an earlier time limit, that is more difficult. The term ‘Ragtime’ – whatever that meant to the populace of this country – had been around for quite a long time, say since roughly 1900. But to attribute ‘ca. 1900-1918’ to the above is much too vague. For various reasons that I can’t quite explain, my hunch is that we may reasonably attribute it to ‘ca. 1915 – 1918’.

But that is only the start of it. Who were they? What was their repertoire? Who started the band, and why? Why are there (apparently) no reports of other ‘Ragtime Bands’ in other places? Worksop is a town in north Nottinghamshire. What about the Manchester Ragtime Band or the Salford Ragtime Band, or the Huddersfield, Birmingham, Oxford, Bristol or Southampton Ragtime Bands? Do they remain to be discovered?

Mind you, there definitely was a London Ragtime Orchestra. They made a few sides for Guardsman in 1917. One of them was ‘Bugle Call Rag’, written in the U.S. in 1916 by Eubie Blake & Carey Morgan; not to be confused with the later ‘Bugle Call Rag’ by members of the New Orleans Rhythm Kings. Perhaps we will never know how Ragtime came to Worksop; but while we ponder on this, let us hear the following mp3 of the London Ragtime Orchestra, and hope that their counterparts north of the Trent had as much fun!