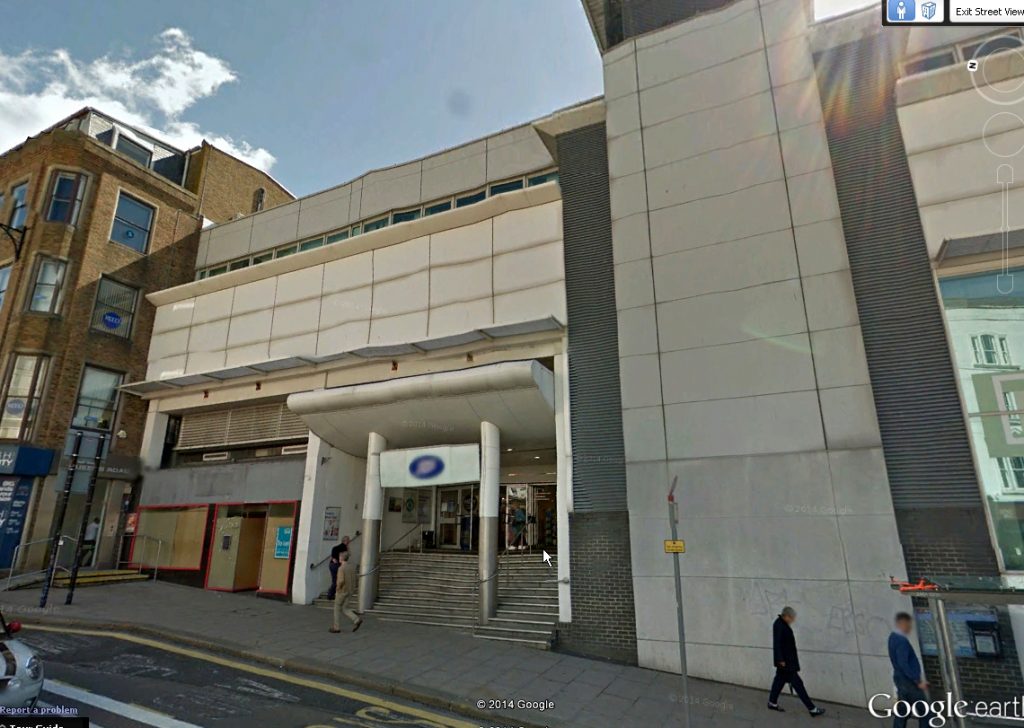 Note added 23rd March 2018: Hector Hill kindly forwarded a link which includes an early view of the interior of the cinema (it was remodelled more than once), and also much more information. http://cinematreasures.org/theaters/5918

27th July 1921 saw the opening of the Regent Cinema, Brighton. It was large (it could seat around 2,000), luxuriously appointed, lavishly decorated and is said to have cost £400,000 to build – an almost fabulous sum for those days. This is obviously a transcription error I picked up accidentally; the link above gives £40,000 – an immense sum in any case. It was indeed one of the first ‘super cinemas’ which more and more of which were to be built during the rest of the 1920s and throughout the 1930s. The image above is not a re-working of the cinema, but part of a very large branch of Boots the Chemists, which extends far to the right of this view. Alas, the cinema was demolished in 1974. Not being able to find a non-copyright image of the original Regent Cinema, we have shown what occupies the site of it today.

In 1921 films were of course silent, so even in very small early cinemas, musical accompaniment was provided, usually by a piano. The piano player would either read the appropriate music that was sent round with the film, or quite often, simply follow the action (or lack of it) on the screen, with an appropriate piece or pieces played from memory, often with a good deal of improvisation too. But larger cinemas would have an orchestra to play the accompaniment, the score for which was provided by the film company. These scores were often very elaborate indeed, and were cleverly arranged so that they would ‘work’ pretty well no matter what the size of the band. The amount of stuff written for silent films must be truly enormous, though it seems utterly neglected today. It can’t all have been stereotypical hack-work, can it? The point is, that the Regent Cinema had a relatively large ensemble, befitting its size and prestige. We presume that they played the accompaniment to the films, and that they would also have played a short concert before the show began. What sort of stuff did they play? Well, you will soon know, because in June 1922, the Brighton Regent Orchestra, under its conductor Basil Cameron, travelled to London and made a large batch of recordings for issue on their own label, which was of simple and elegant design. 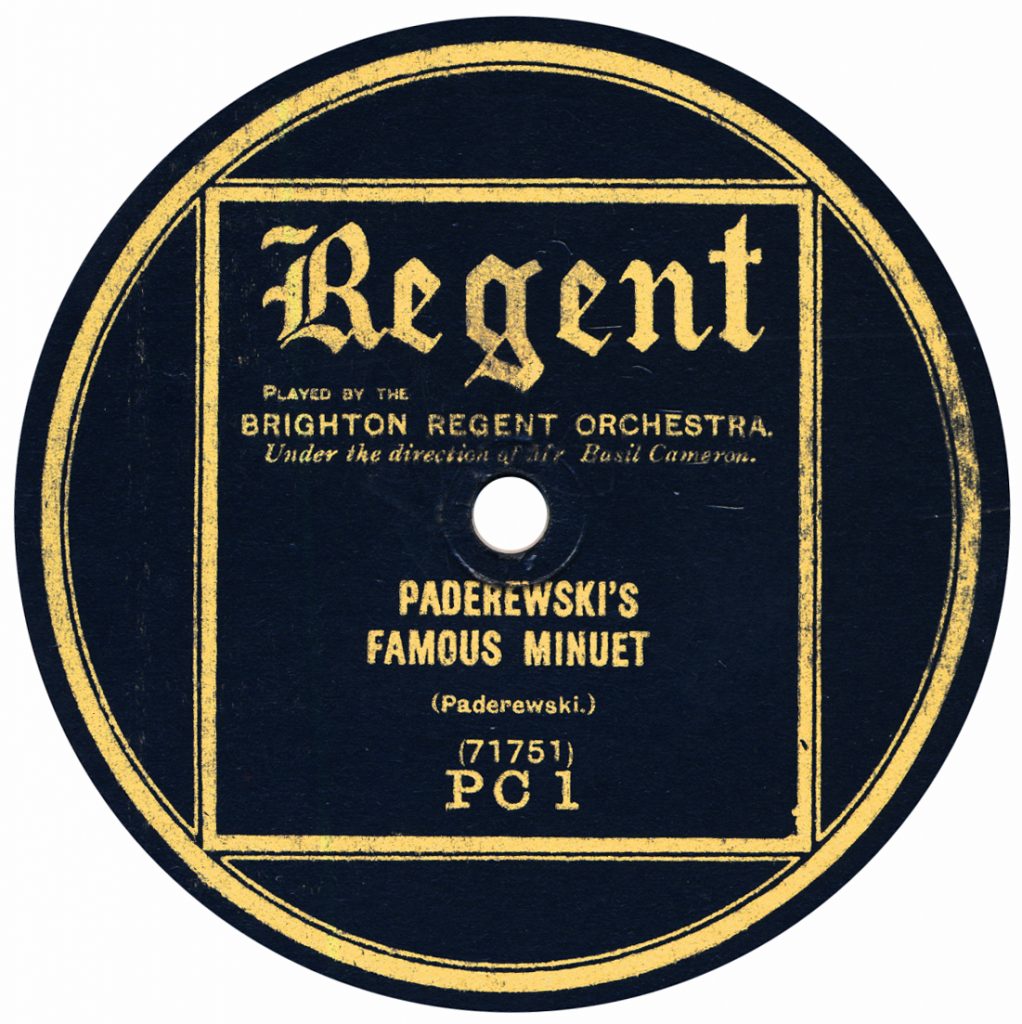 The recordings were made in the studio of the prestigious Columbia Graphophone Company on Wednesday 14th and Thursday 15th of June. The sound quality was good for the time, and the quality of the pressings was excellent. Columbia held a patent for a special ‘silent surface’ process, which was the envy of their deadly rival, His Master’s Voice. It is pretty clear that the initiative for the Regent records came from the proprietors of the cinema, because although most of the resulting sides were also issued on Columbia’s cheaper label Regal, they were credited to either the Regal Orchestra or the Regal Dance Orchestra – there was to be no direct competition between two concerns selling discs by the Brighton Regent Orchestra! Incidentally, the prefix PC- is obviously derived from ‘Provincial Cinematograph Theatres’ – the company that owned the cinema. What better souvenir could one take away from the De Luxe Regent Cinema, than a well-recorded Regent record, played by its very own orchestra, the orchestra to which you had just been listening? These discs are not as scarce as one might think; they must have shifted quite a few. Six discs were issued, accounting for twelve of the fourteen sides recorded. So far we have found five of them. You can hear the side by activating the audio link below the title…

The two blanks – 71744 and 71752 – are most likely sides deemed not quite as good as the others (musically or technically) and so remained unissued. It certainly makes sense to record 14 sides & issue the twelve best. If you have any comments, or indeed a copy of PC-4 and could send up mp3s for inclusion here, or anything else to add, such as when they were put on sale, how much they cost & so on, please let us know. You will of course be given full credit. With these audio files, you can make up your own recital from the repertoire of the Brighton Regent Orchestra! Pretty cool, eh? Of course, they are all mechanical recordings – that is, the sound was gathered into a conical horn, and a thin glass disc at the narrow end vibrated along with the music. A lever attached to this glass traced a spiral across a rotating wax disc, which was then processed into a permanent record. So the audio quality is, ahem, a bit down on what we have today. But just ‘suspend belief’ for a minute or so, and you will soon travel back in time for nearly a century! We must not end without again mentioning Basil Cameron, the leader & conductor of the orchestra. Born in 1884, he would have been in his late 30s at the time these records were made. He went on to have a long and illustrious international career, as you can see at http://en.wikipedia.org/wiki/Basil_Cameron I wonder if he was ever interviewed about his earlier days in Brighton?

Much more on the Regent Cinema, Restaurant and Ballroom (the last two came in 1923), at
http://www.mybrightonandhove.org.uk/category_id__976.aspx

Please send any notes or comments to: jazz@normanfield.com – thank you!