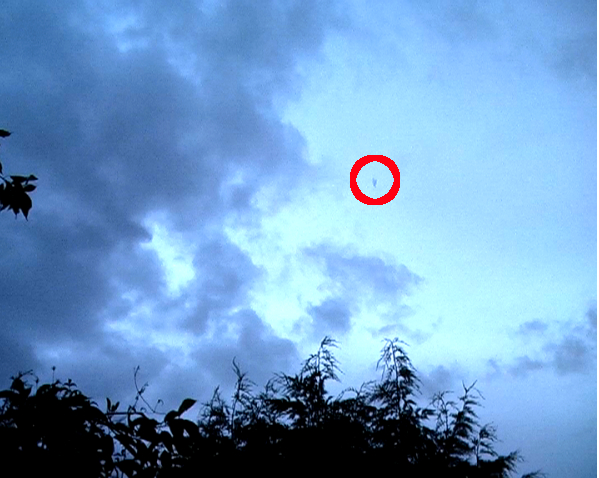 11th June 2011. About 2230, went out into the garden to see if there were any moths about. There weren’t but to my delight I saw a bat. Have never seen one before (moved here in 2007), and have never seen any since – it’s now 2020. (Though I admit I have not specially looked for them.) I hurriedly set up the video camera, and caught three or four short glimpses. One of them has two bats in the same frame but only fleetingly.

When I say urban Birmingham, I exaggerate a little bit…. 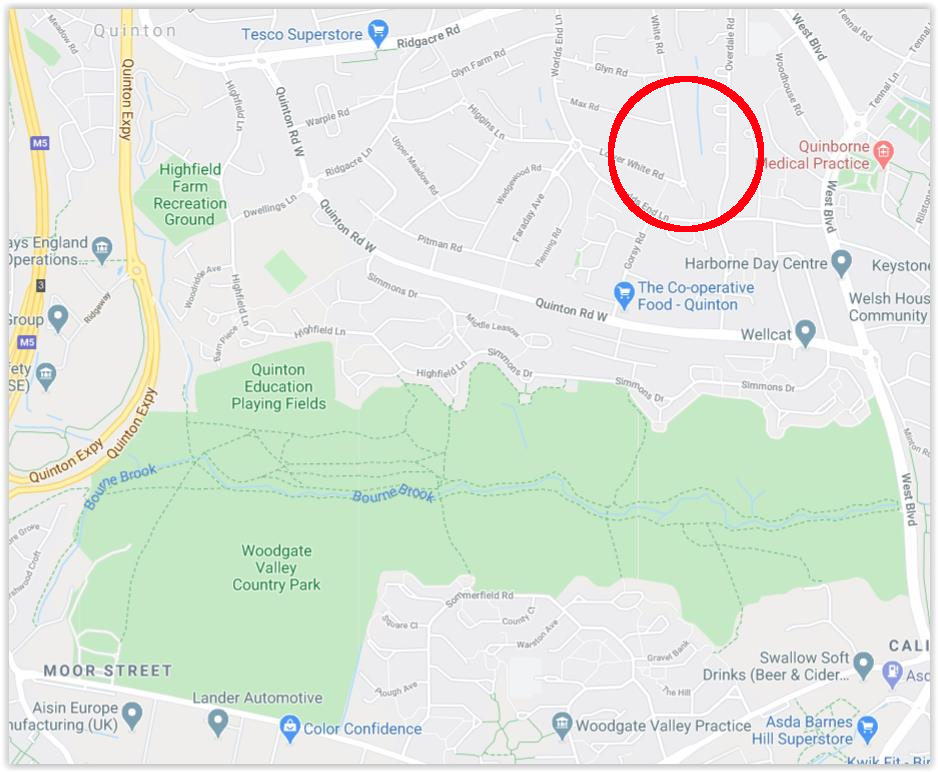 I live in the ringed area, but there is a large tract of land close by, the Woodgate Country Park, a valley with the Bourne Brook running through it, which has happily not been built over. 450 acres in extent (182 Hectares, whatever they may be), it’s been a park since 1984 and been well managed and now offers a considerable variety of habitats. I’ve seen skipper butterflies in my garden, which are not specially urban species, and at least twice have been bitten by what can only be horse-flies, which have come in through the bedroom window at night. One bite on my forehead caused a lump well over an inch in diameter and half an inch thick. Horses are kept in the fields to the west of the Park. Another time, sat out in the garden, I saw a small yellow-bodied fly new to me, followed its flight, to be suprised by the fact that there was a small cloud of them – perhaps 12 or 15. These were very likely Yellow Dung Flies – cattle, sheep and other animals are kept on Woodgate Valley Urban Farm, which is also at the west end of the Park. So I suppose these relatively unusual insects have come from the Park?

And probably the bats as well? Here is a very short video in which you can just about see the bats. Incidentally, I lightened the sky & increased contrast to try to make them stand out a bit. The first section is in real time, then, as the slide says,

you get the same again at half speed. Irritatingly, I can’t centre the YT video because although I know how to do it,  it seems there’s quite possibly a bug in the latest version of Firefox! I don’t think it justifies a system restore, though. 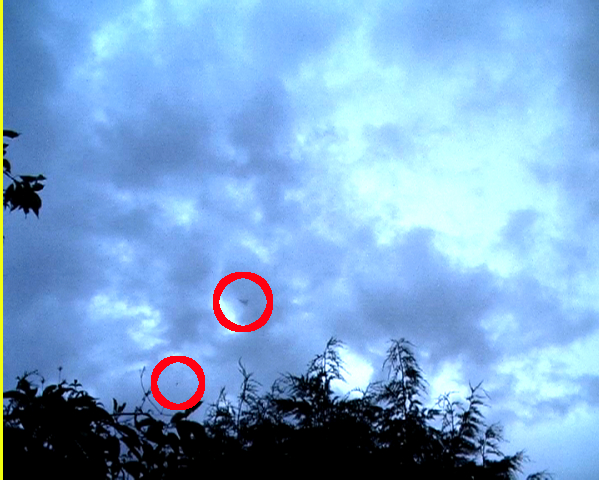 Nearly at the end of the video, you can see two bats for a fraction of a second.