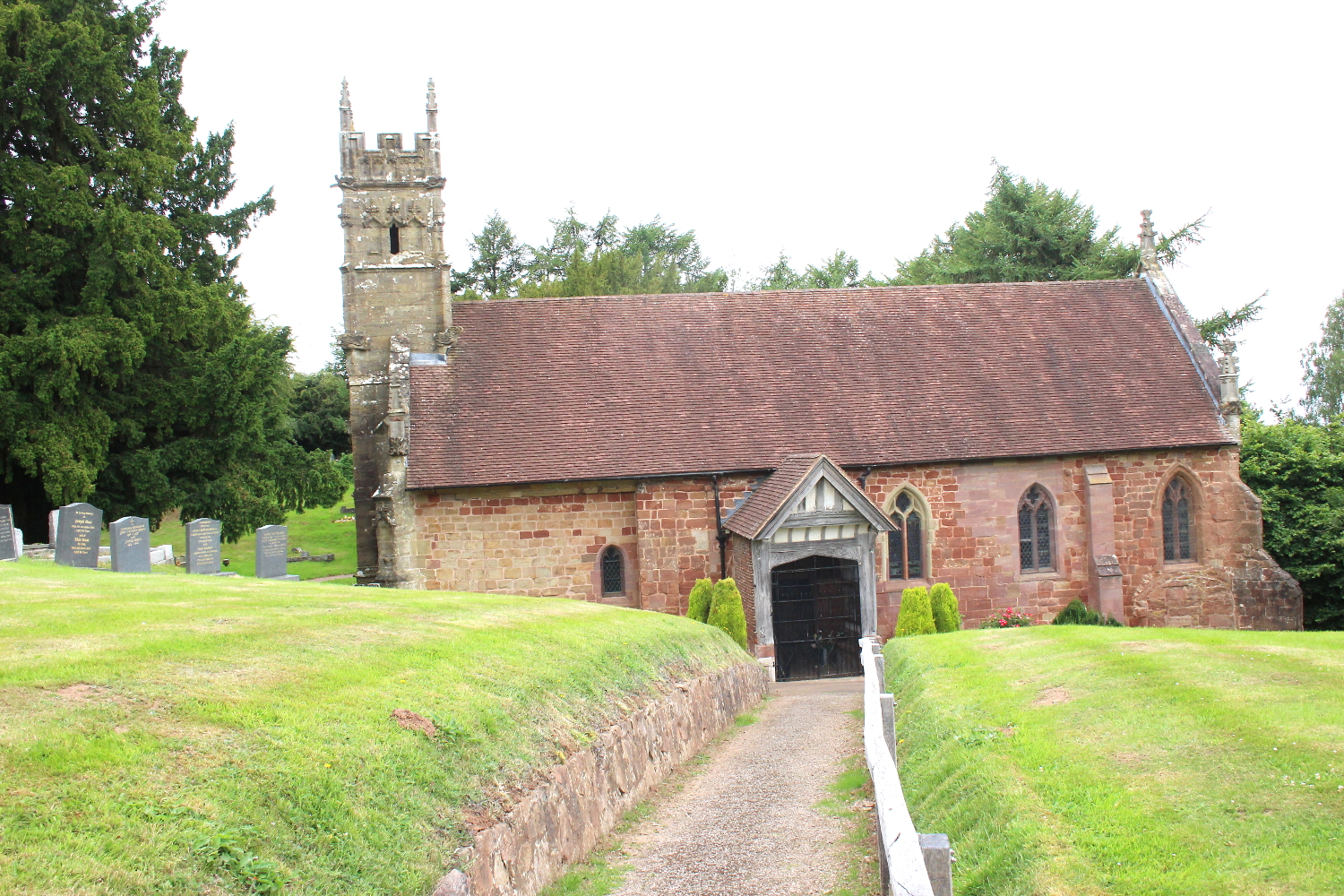 8th August 2020. St. Kenelm’s Church and associated well are copiously written up on line, and when we visited, we had no intention of adding our two-pennorth. But we went first, & only later looked it up, and decided to put up this short page, for a reason that will soon emerge. Inevitably, there are various versions of the Martydom of Kenelm; suffice it to say, he was was the son of Coenwulf, King of Mercia, and was given the throne, age only 7, when his father died in 821. However, an older sister persuaded her lover, who had been appointed guardian and tutor to the boy King, to kill him during a hunting trip – and thus become Queen. This he did,  and buried the body here on one of the Clent Hills, now known as Walton Hill.

Miraculously, Kenelm’s soul took on the form of a white bird bearing a scroll, which it carried to Rome and dropped at the feet of the Pope. The Scroll, relating his démise, caused the Pope to write to the Archbishop of Canterbury & get him to make search for the body. The whereabouts of the body was indicated either by a pillar of light, or, a cow which always stood in the same place, never eating, yet always with her udder full of milk, much appreciated by the locals. Be that as it may, as they dug for the body, a fountain of pure water burst from the ground. There’s a lot more including a further well or spring at Winchcombe, and he was soon canonised, becoming one of the most revered saints of the time. 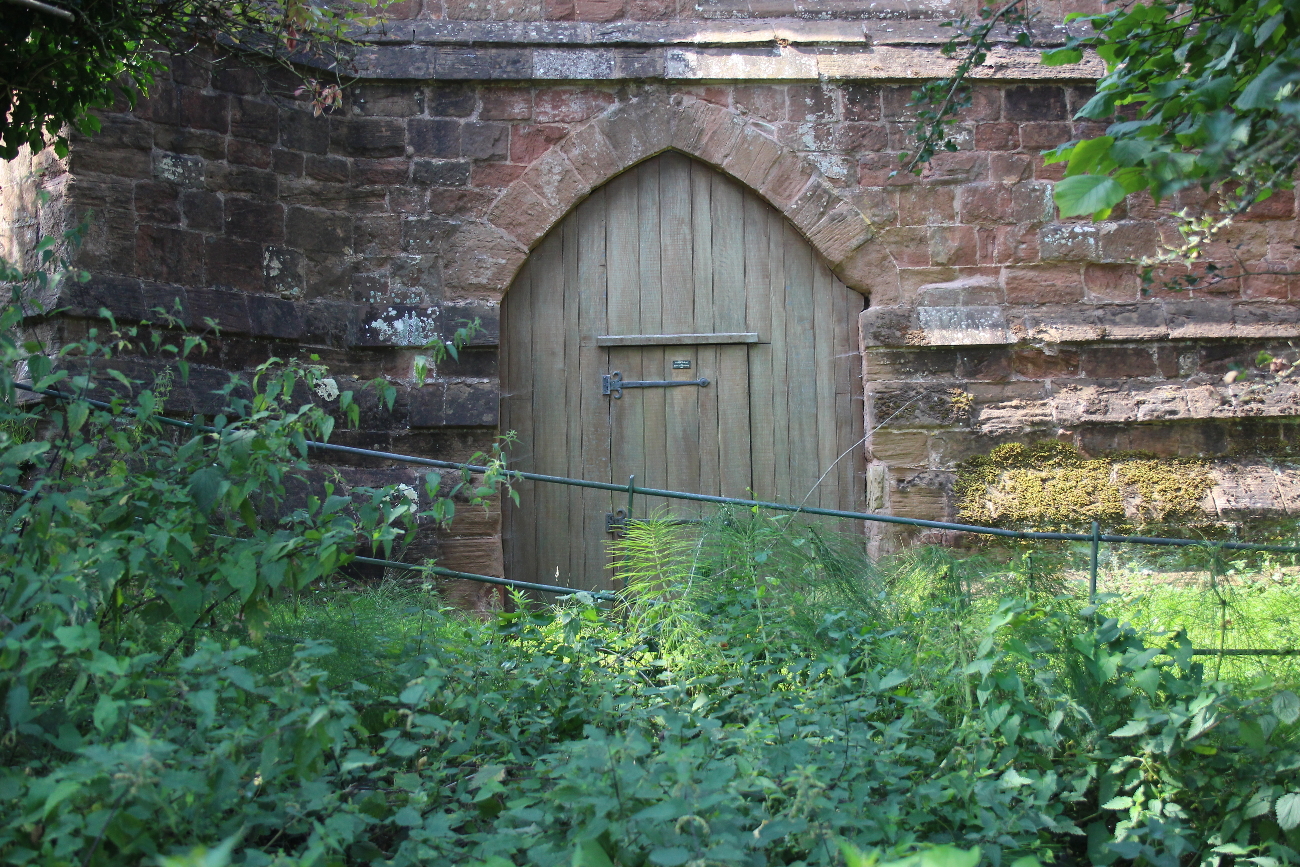 The land slopes steeply away from the east end of the church, and the well has been attributed to at least three sites. The first is in the undercroft of the church itself – this is the door leading into it. However…. 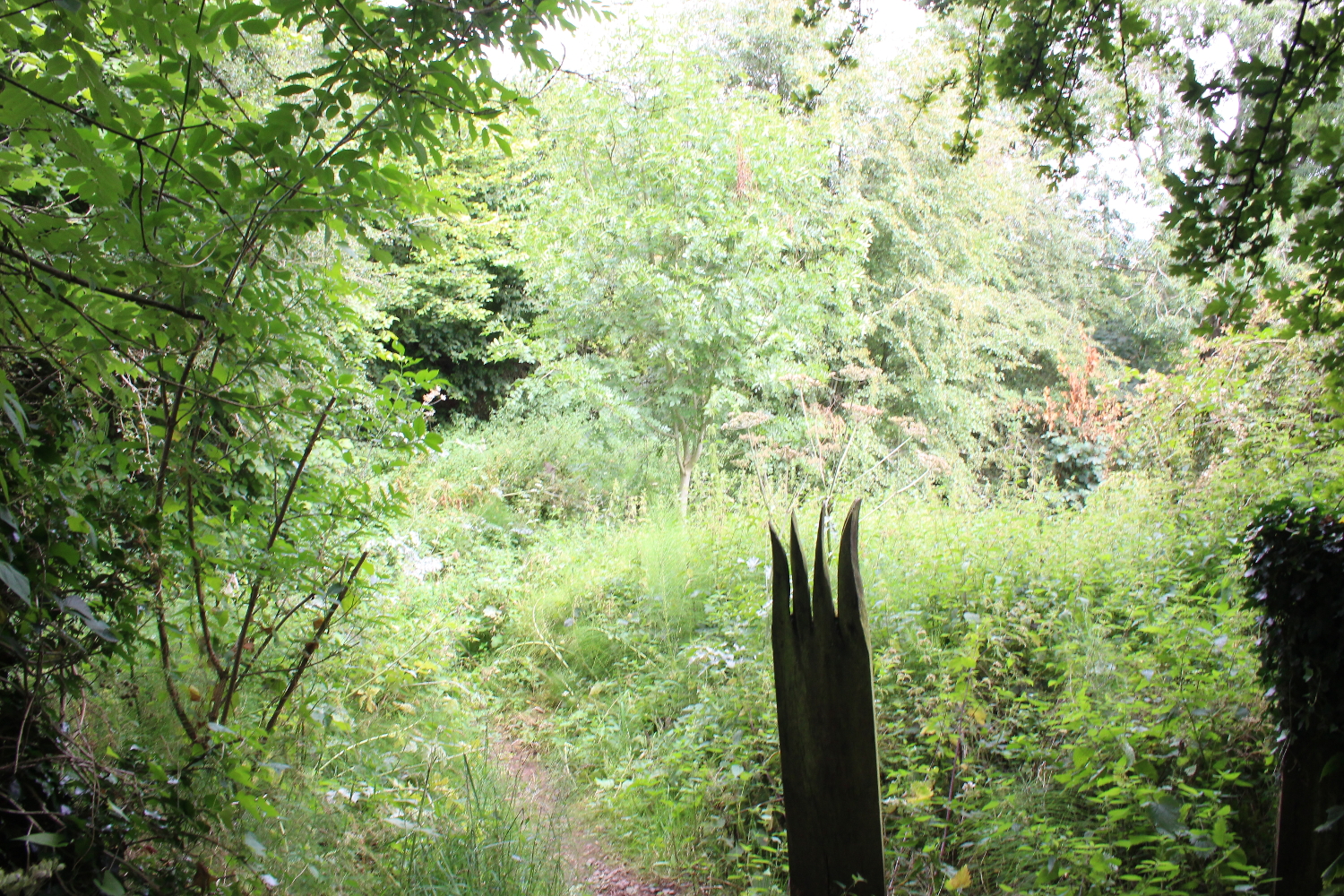 … a gate leads into the top of a dell or glade, which continues to slope away. There is a plate recording improvements made to the site. 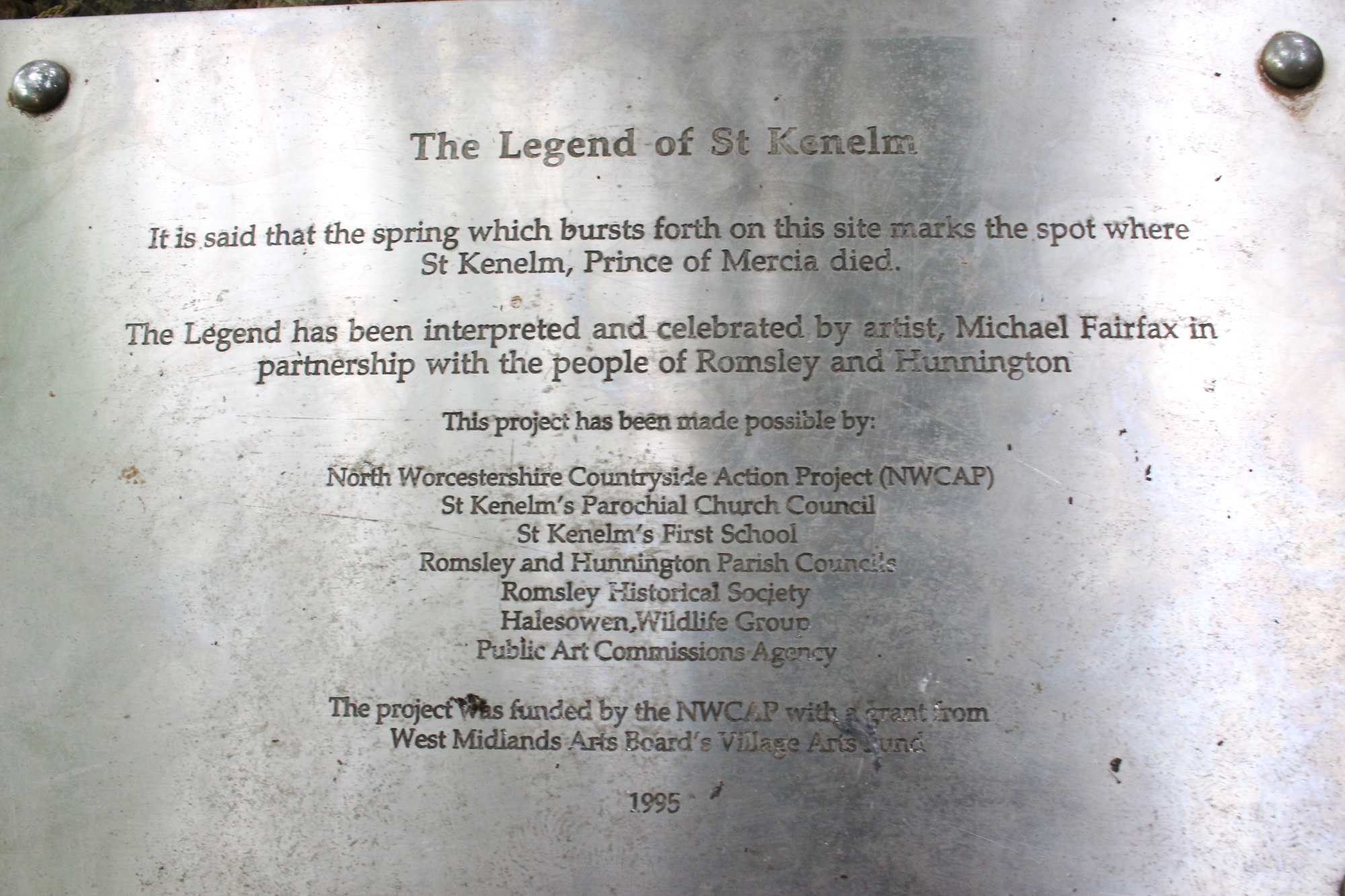 The site is currently rather overgrown, but there are many other images on line which show
a channel of stonework very clearly leading to – or from – a well head. 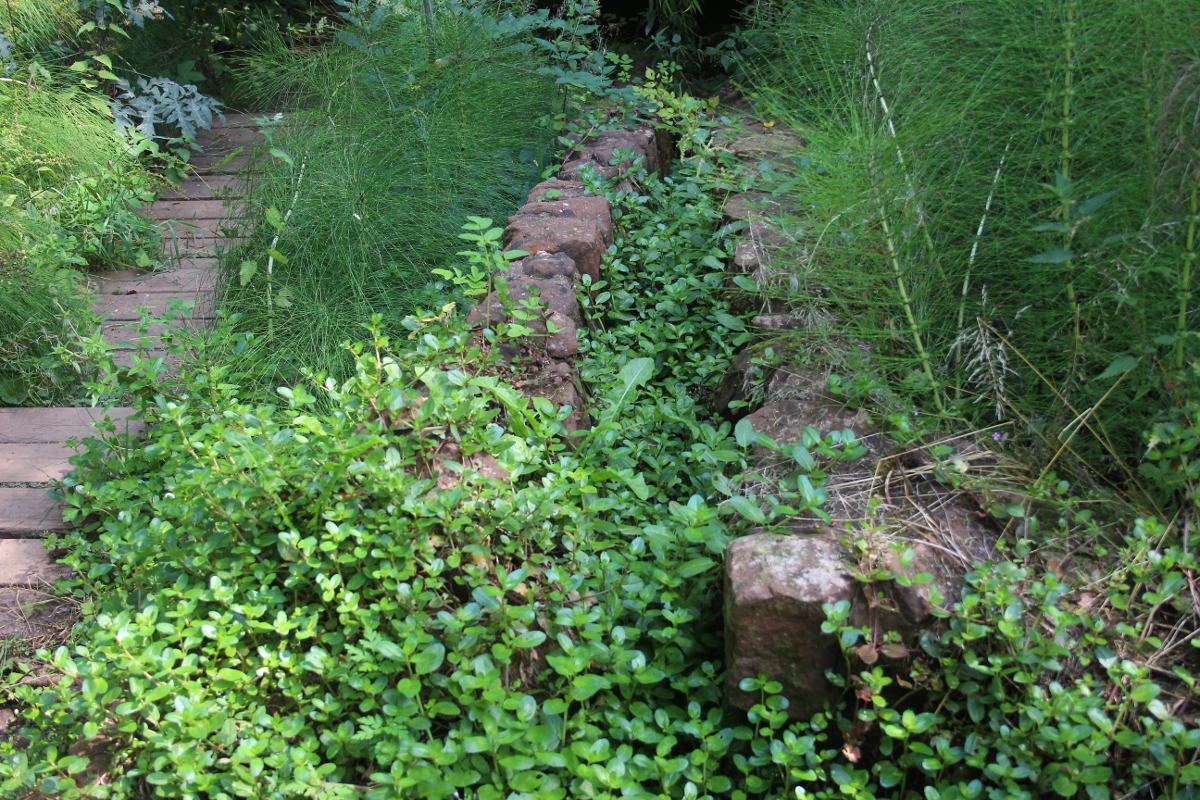 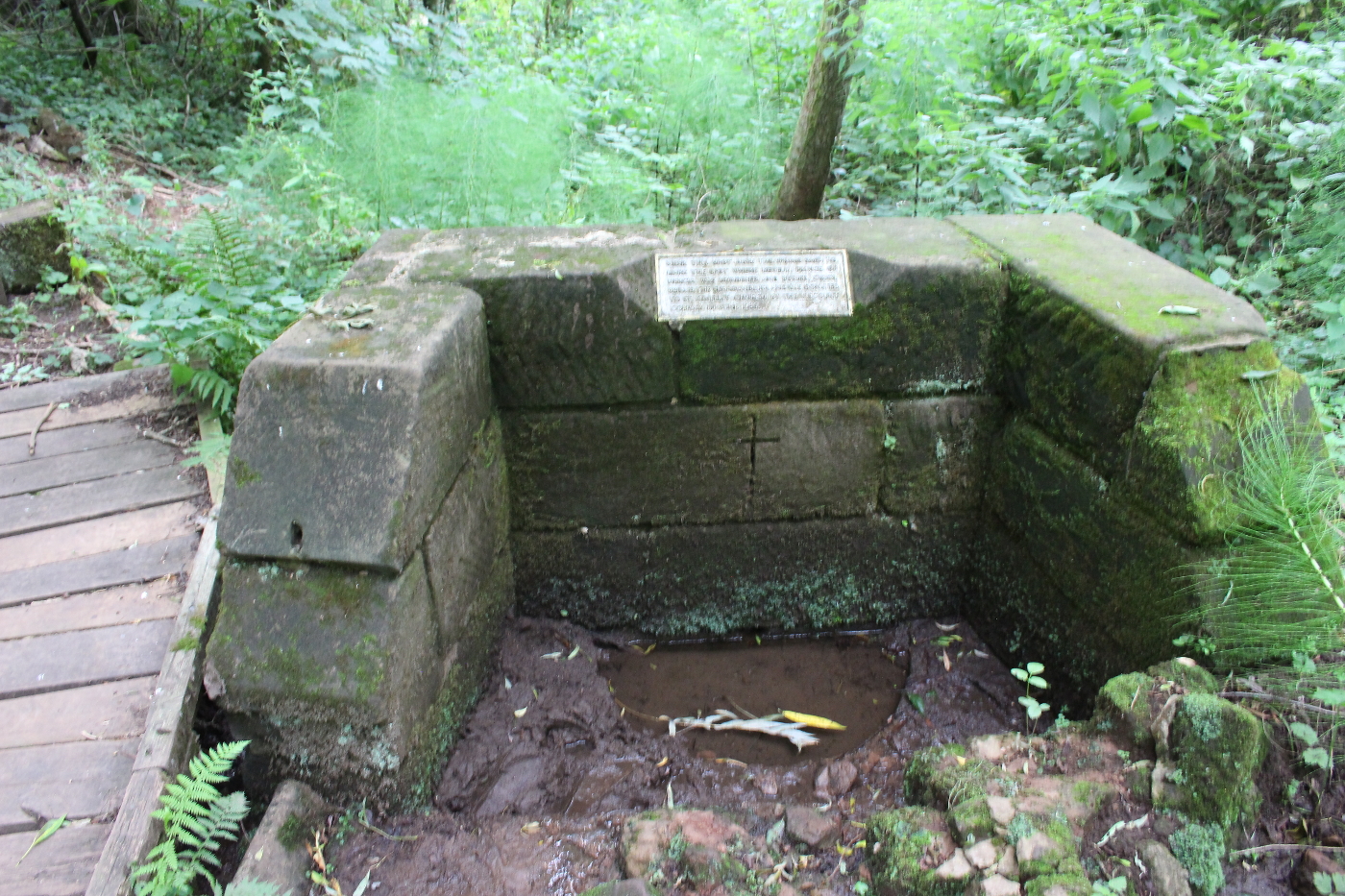 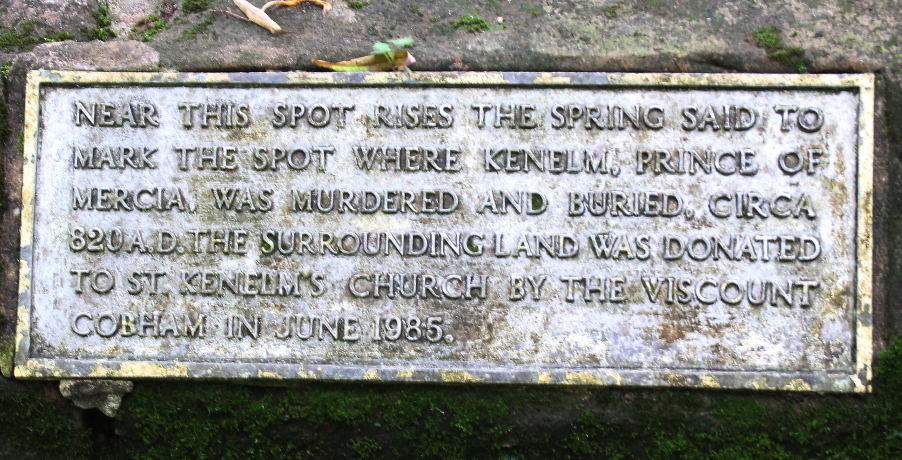 Although the ground is certainly very damp, there is no actual flowing water at this wellhead – at least not on the surface. We walked about 50 yards further along the path, and the depression turned into quite a deep gully. The path leads, through a gate, into a local Nature Reserve, and we could unmistakable hear water splashing, right down in the dark depths of the gulley. Unfortunately it was too steep for me to risk climbing through the fence, and my attempt to record the sound of the water on my camera was not very satisfactory: 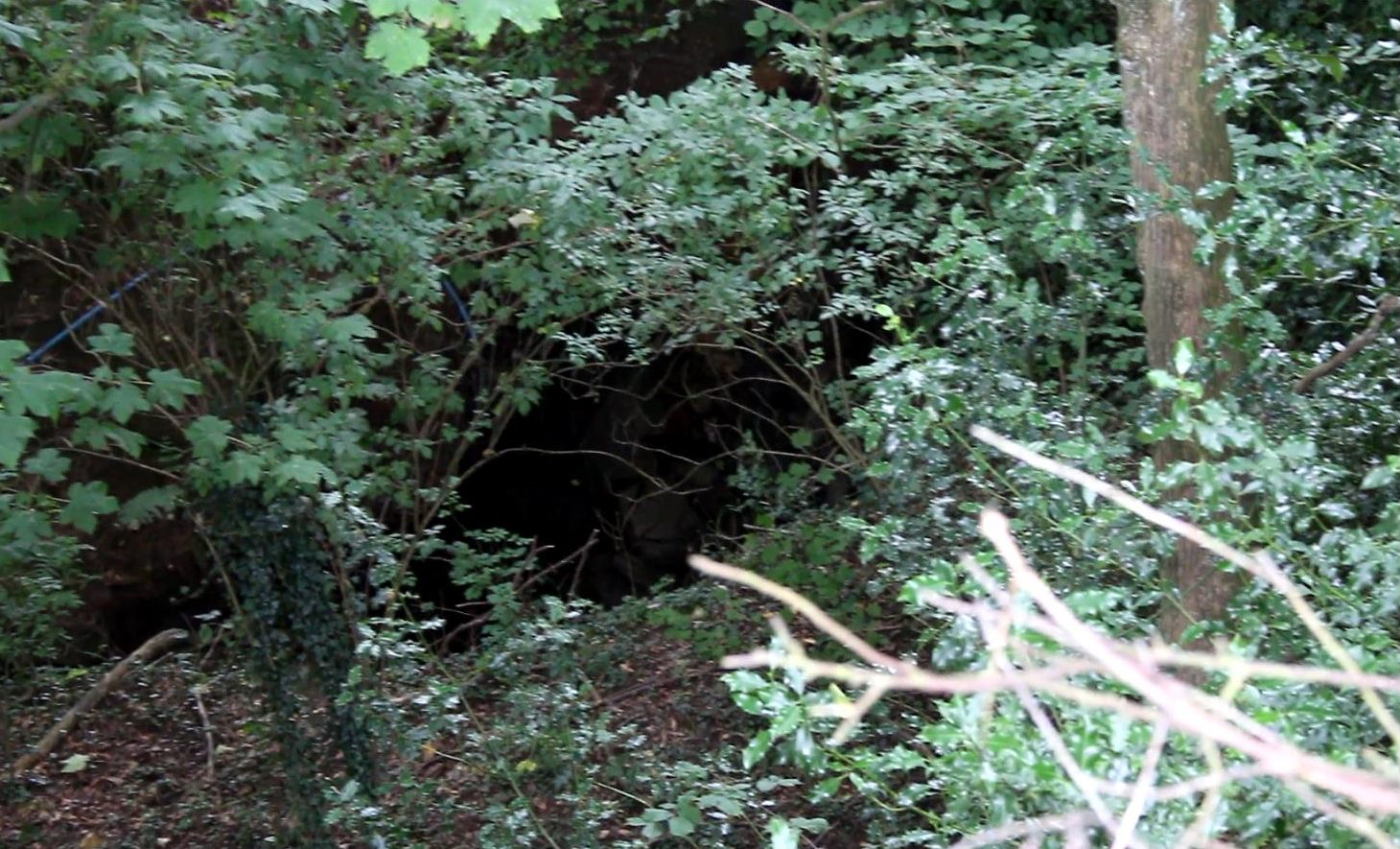 Somewhere down that ‘black hole’, water is falling from its source, into a pool.

But I have found no reference to the spring being culverted – which is why I have rambled on so much about it.  8^)
I even went back the next day with my 13 foot fishing rod, and suspended a Mobius camera down into the gully below, but it didn’t pick up any sound at all, and got caught in some shrubbery. I was lucky to get it back. Still, we were rewarded by seeing a muntjac deer pottering around in the Church grounds – thought it was a goat at first!

Wallking back, we passed two very common plants. We’ve been photographing plants lately, and using PlantNet to identify them as we are very ignorant of wild plants & flowers. To be sure, we were familiar with the Foxglove and the Common Bindweed, but we snapped them anyway.     https://plantnet.org/en/ 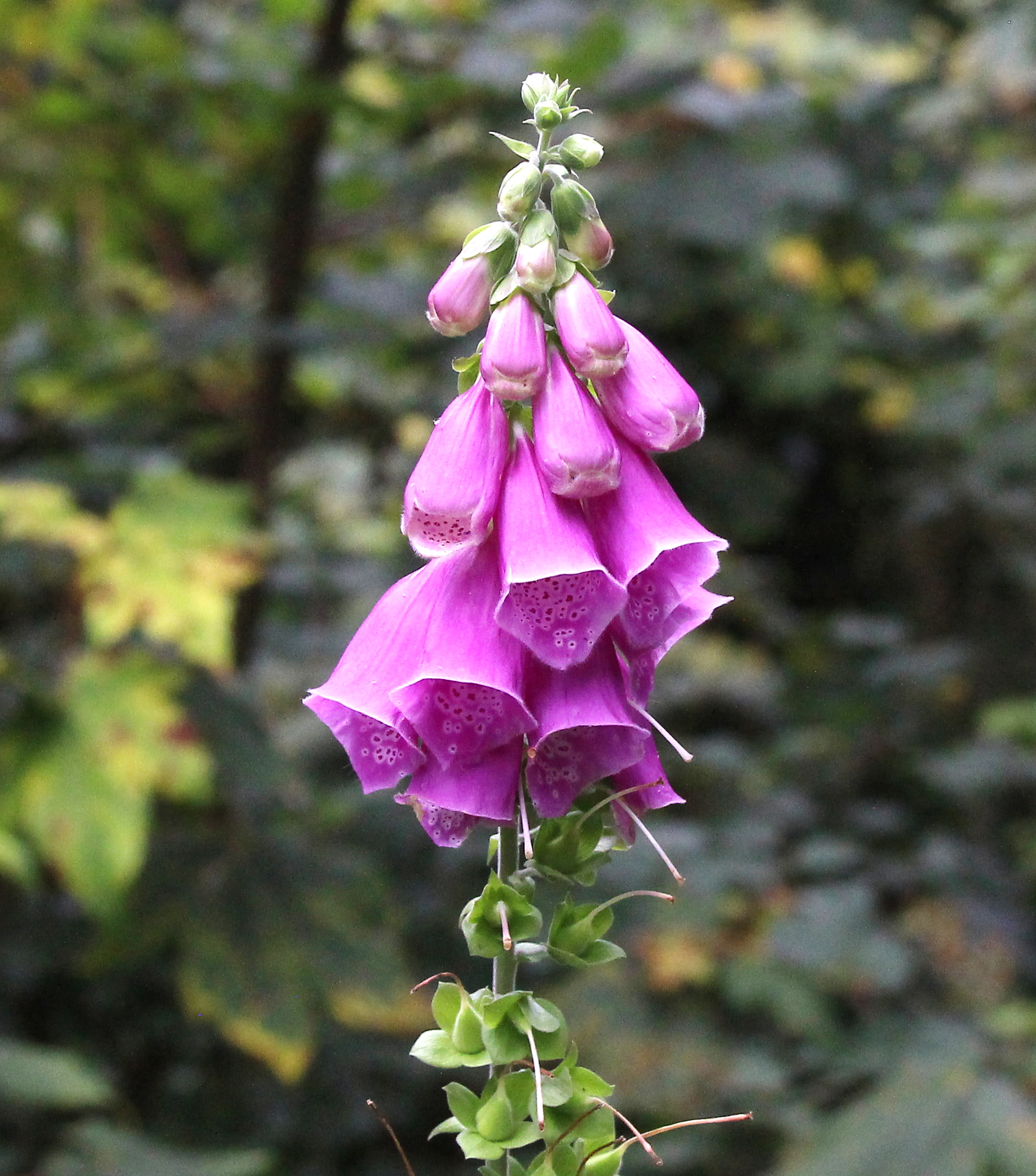 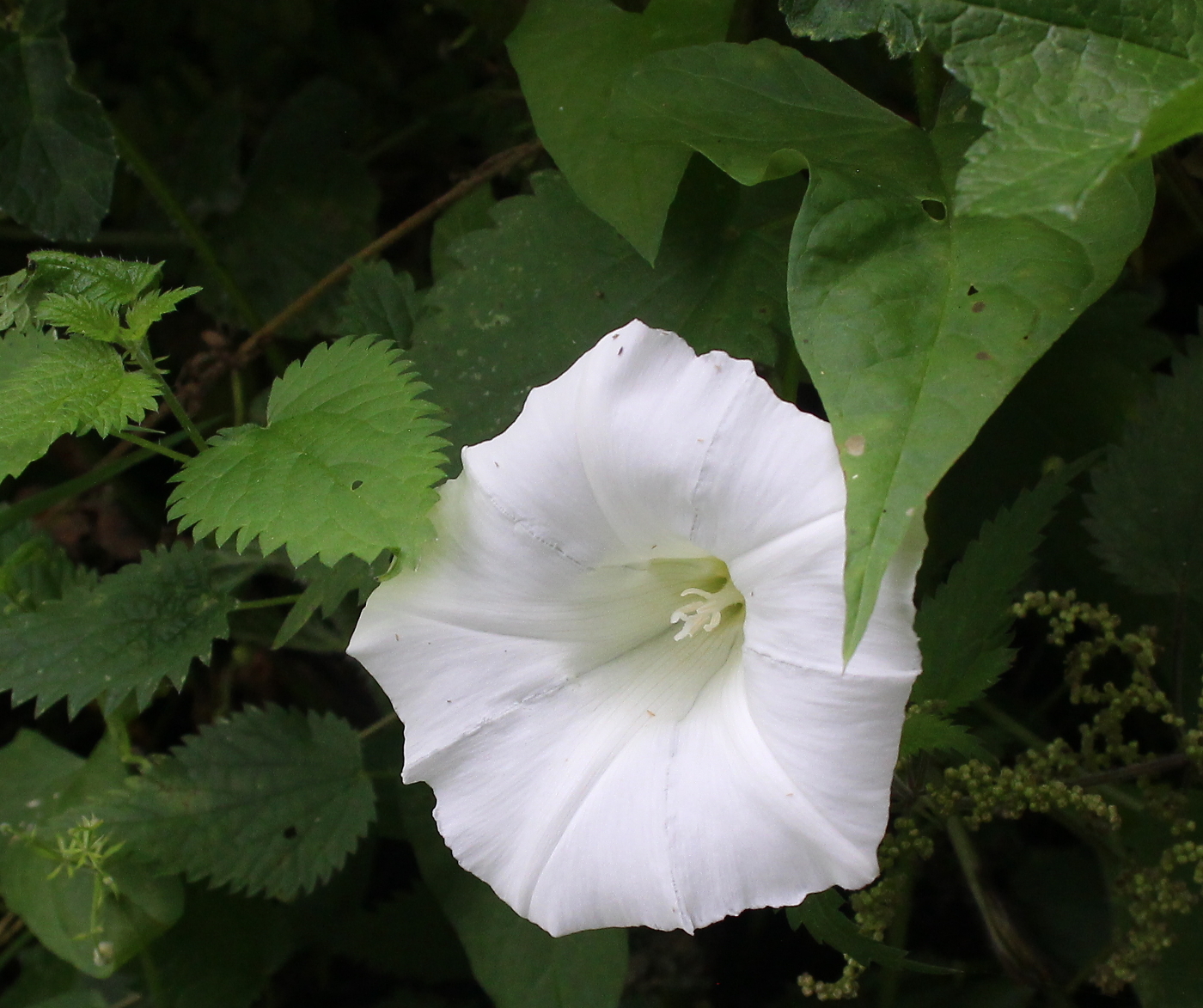