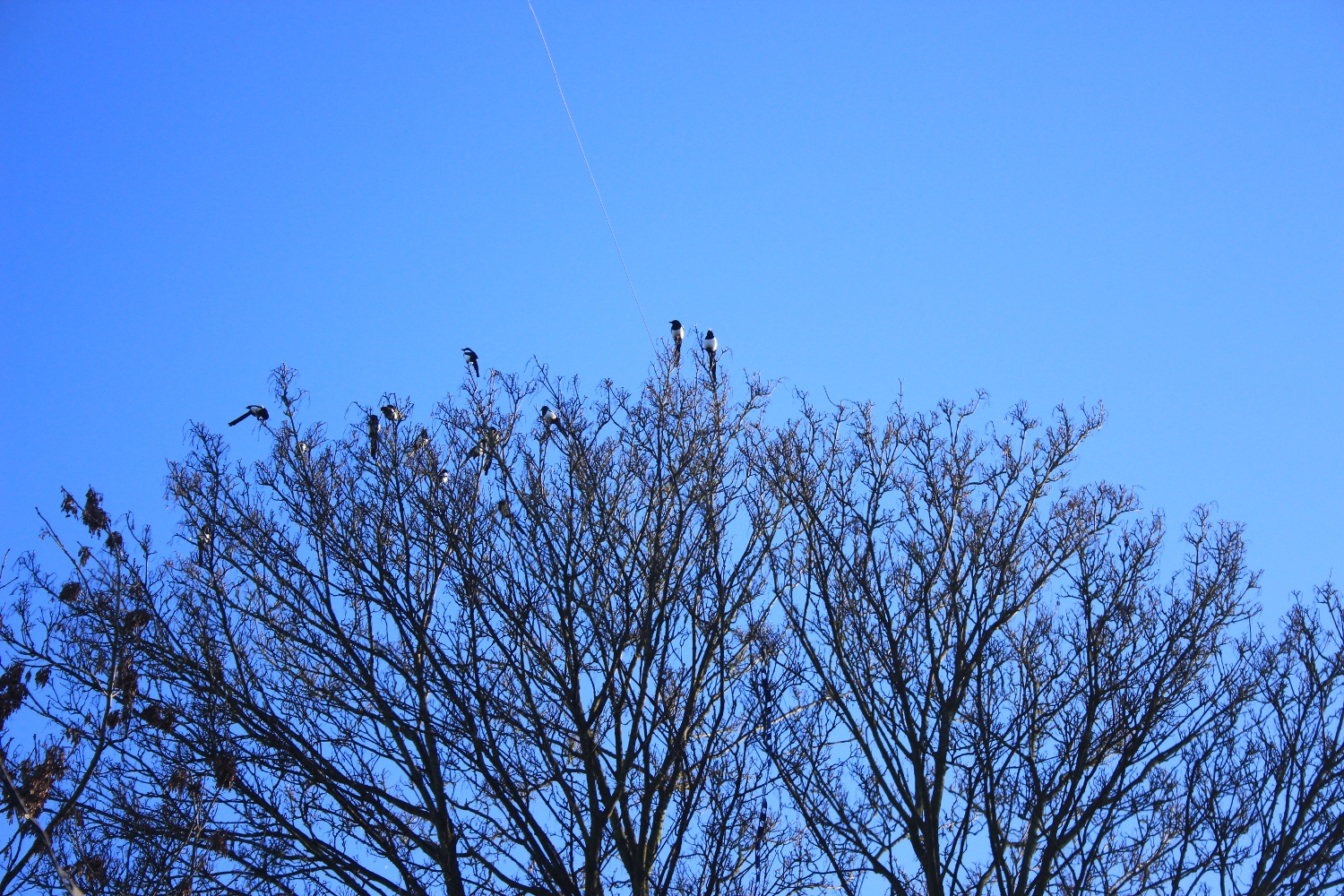 Once before, several years ago, there was a gathering of magpies on the other side of the road I live in, which is completely urban, but has plenty of trees about. There is in fact a very small relic wood nearby called Pitts Wood. I think I once heard that it wasn’t a wood that belonged to a person called Pitt; it was named after a man, Pitt, who was reputed to have hanged himself there. Or perhaps that’s a legend attached to some other wood elsewhere? But maybe I just made that up – but anyway, it’s great sort of Local Legend, and I don’t doubt the are, or were, several woods in the U.K. which have such a tale attached to them.

But on the morning of 3rd December 2018, there was a larger gathering, of I believe fourteen magpies. Their raucous callings attracted me into the garden, and there they were, on top of a couple of sycamore trees.

Trees at the bottom – or in my case at the top – of the garden are very useful if, for example, you happen to be an amateur radio enthusiast, as I am. This is because you can run an aerial wire from the house up to the tree, and therefore avoid any complications of applying for Planning Permission for an aerial mast. Such applications in urban areas in the U.K. are usually met with rejection, being deemed “detrimental to the amenities of the vicinity”. Oh well. But if trees have spontaneously grown at the top of your garden, why then: that is something completely different. But I digress..

Here then, are up to 14 magpies. Sorry about the camera shake; but we thought that if we went to get the tripod, they might have moved on elsewhere to conclude their territories for 2019.

If only human beings could adjust their own differences and territorial aspirations in such a pragmatic way….