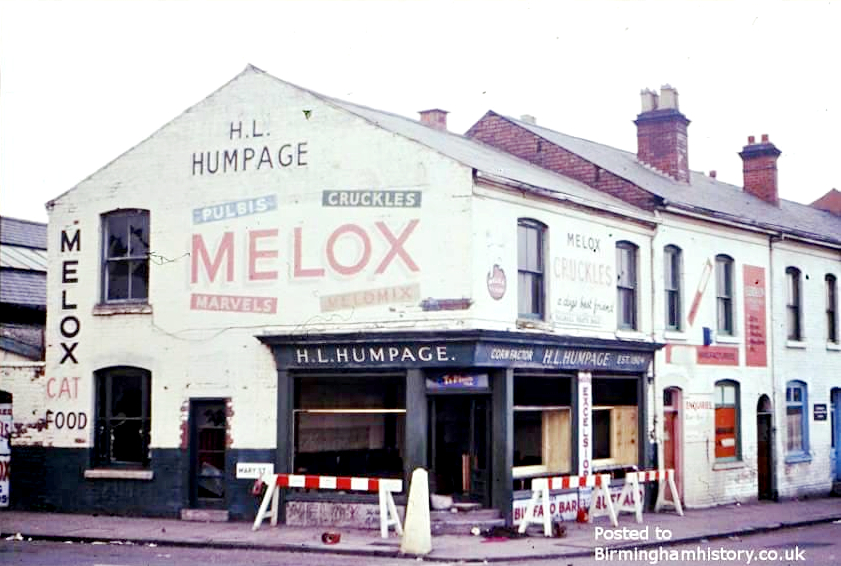 This is not the shop the bus took me past, but it was very similar, and actually rather larger & probably more important that this one. And it was painted all over in white paint, with bold black lettering advertising: MELOX, PULBIS, MELOX MARVELS, MELOMIX, and above all, the marvellous CRUCKLES – whatever they were!

At the age of 11 or 12, they were merely interesting words, and were forgotten about for decades at a time. But one day, perhaps 16 or 18 years ago, MELOX bubbled up in my memory, so I googled it. This will amaze you I’m sure, but the only on-line reference I could find to MELOX in 2003, was from the notebook of a plane-spotter, who, in the early 1960s, had seen a light plane take off from a small airfield in East Anglia, towing a banner that said: MELOX. It would doubtless have flown up & down east coast seaside resorts, its banner advertising MELOX, which was most likely a brand of pet food. This will seem quaint to young people who may read it, that a small aeroplane would fly about, advertising a product, and people would say: ‘Oh look! That plane is advertising MELOX. I must get some at once for Bonzo, as a special treat!’ No they didn’t, & it was a stupid sentence to write anyway, I agree.

Now; a few weeks ago, I was taking images of old jazz venues in Birmingham – mostly pubs of course – and stumbled across THIS: 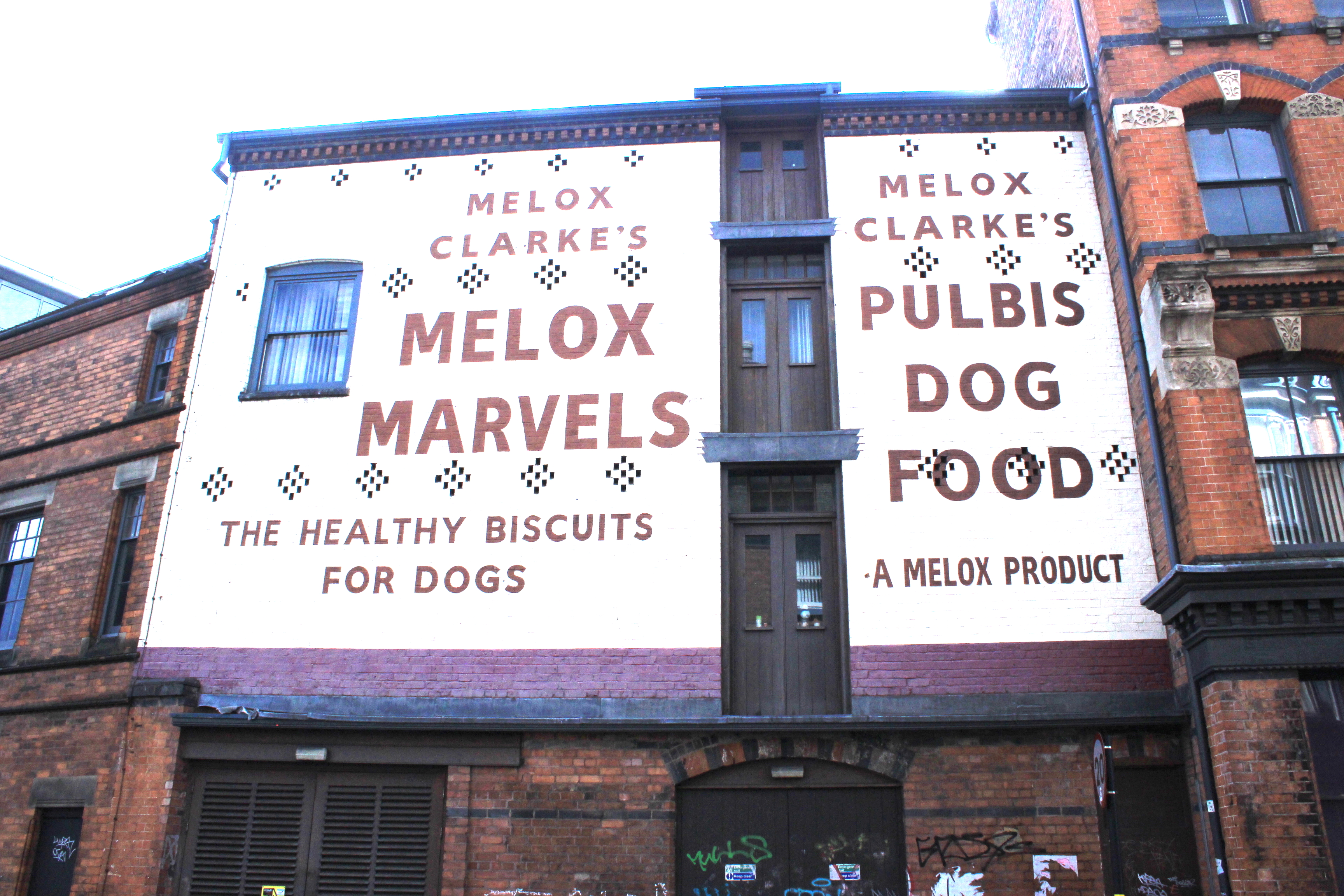 These old premises in Milk Street, just off Digbeth, have been restored & are used by Birningham City University, who have evidently restored these old painted adverts that had probably faded almost completely. So back home, we googled Melox &c again & there is now an immense number of hits, such is the expansion of the web in the last 15 years or so. Melox was simply a brand of Animal & Pet foods, and the Pulbis & Cruckles were other types of feed. Melox was based in London & at one time had a Warrant to supply animal feeds to the Royal family. You can even get repro. enamel signs for Melox products! There are lots of images of ‘Ghost Signs’ on Flickr, including this one before it was repainted. 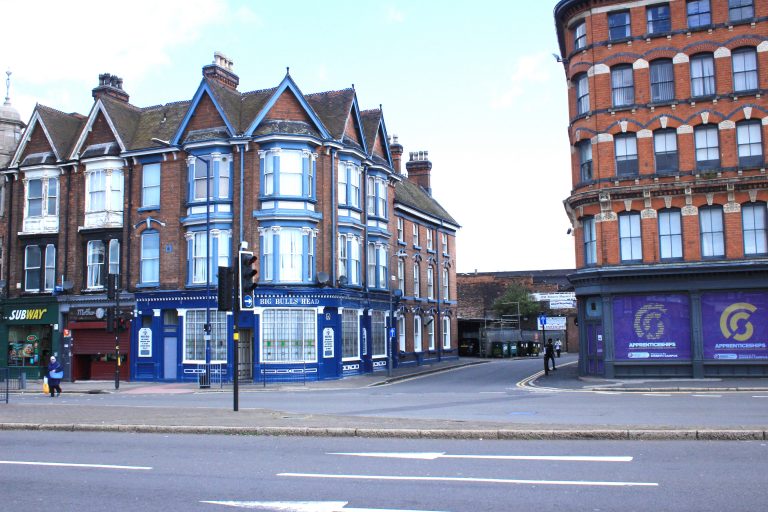 The band (Ray Foxley’s Levee Ramblers) made 9 sides that day. Three were piano solos – Ray’s own compositions; another a trio with clarinet, piano & drums, the other sides were the full 6 piece band, however one title, ‘Weary Blues’ was not issued. I used to have three of the four discs, but never had ‘Digbeth & Milk Street’. Will have to start looking & get it up here, I think! Street names, and the junction of two streets, were often used in the U.S.A. for Jazz titles. ’29th & Dearborn’ 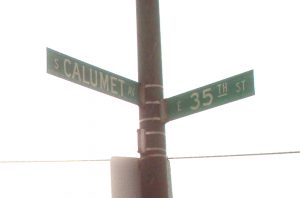 Photo taken by yours truly in Chicago around 2005.

comes to mind, as does ’35th & Calumet’, both intersections in Chicago, where famous jazz spots were located, so what better than ‘Digbeth & Milk Street’? It’s very near the Digbeth Civic Hall, which was a very important jazz venue in Brum in the 1950s & 60s.

Anyway, in the meantime, here is just the label of another Ray Foxley Tempo: 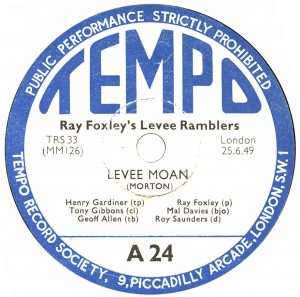 In the meantime, if you like, you could check out www.brumtradjazz.co.uk – you’ll find lots of images of Birmingham Traditional Jazz musicians, hand-bills &c from the 1950s to the present day.