Monday 19th June 2017. The weather happens to be very hot (for the U.K.) at the moment. The maximum today in my garden was 29.8°C, and inevitably quite humid to boot. So we have been taking things easy – drinking mugs of tea, reading & so on. But not all the time was passed in such idleness: while reading one particular book, there was a reference to the gradual decline of art in the late 19th Century. The author was actually specifically referring to painting; but I have long been of the opinion that, for some reason that still eludes me, all the arts underwent such a decline (though not all at the same time) between about 1870 – 1914. Painting, sculpture, music, poetry, literature, dance, theatre – I don’t know how how many ‘arts’ there are – but many of them seemed to enter a period of stasis; or perhaps culmination would be a better word. Accordingly, younger, developing artists were compelled to do ‘something different’ in order to make their mark. And, purely IMHO (I emphasise IMHO), these ‘different things’ were nearly all retrograde.

I suppose you can just call me a reactionary old fuddy-duddy? Well, that’s about right! Because I happen to be very keen on Victorian painting. There you are: I’ve pitched my tent, and shall not readily fold it up again. 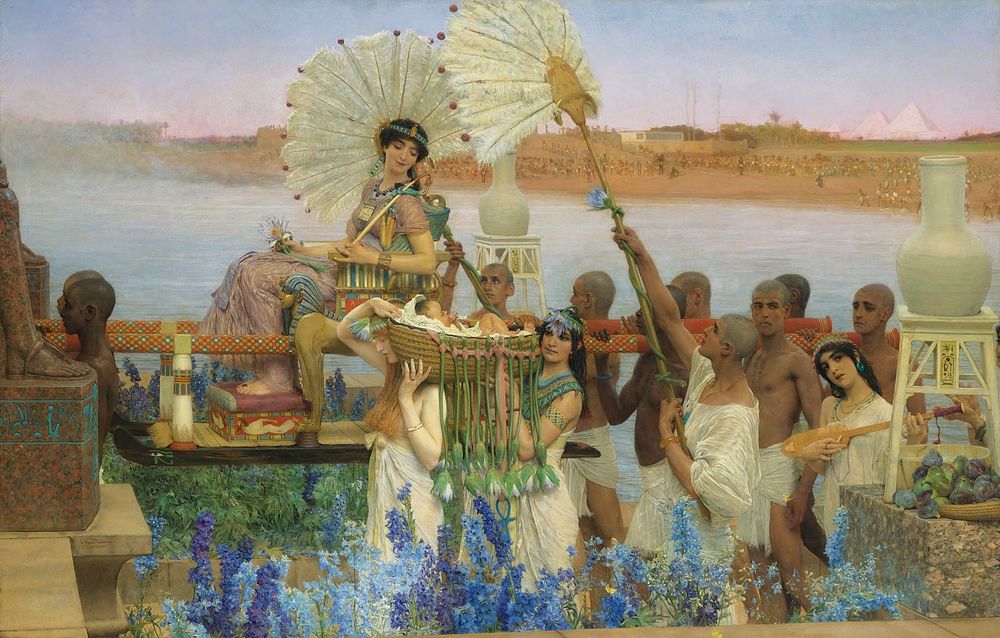 Here’s an example: Alma-Tadema’s ‘The Finding of Moses’, 1902-1904. I think it’s marvellous. A superbly impressive conjecture of a Biblical event. Even the hieroglyphics are correct: ‘Alma-Tad’ was meticulous about that sort of thing, as was Frith, and all the others. There are literally hundreds of paintings of this genre.

Moreover, we were pleased to note, that after undergoing a long period of Total Eclipse following his death in 1912, his reputation has gradually recovered, to the extent that the above painting recently went for £25,000,000 in New York.

But what we really wanted to tell you about, is our amazing discovery, in a long-forgotten, dusty folder on our hard drive, of a hitherto-unknown work by the German neo-Modernist Bruno-Heinz Jaja. Dating from the early 1920s and long believed lost, it is entitled ‘Landscape of Despair No.3’. 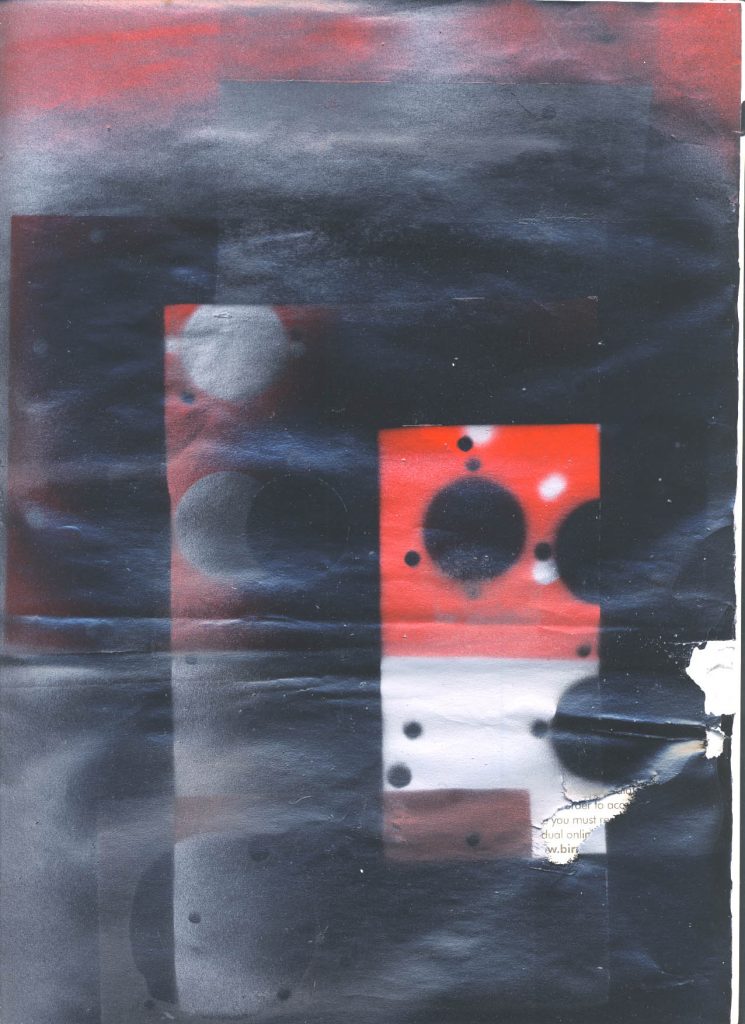 Landscape of Despair No.3.

It is perfectly obvious, even to a Philistine like me, that this sombre composition remorselessly evokes the chronic uncertainty of post-1918 Germany, ruined by the Great War. The grossly unfair – impossibly large – monetary Reparations that Germany was expected to pay resulted in hyper-inflation; life became nearly impossible for ordinary citizens. Even – for once! – many wealthy people lost their fortunes in just a few days. Small wonder, then, that the swirling grey mists which pervade the image fail to unite the disparate broken buildings of red and white in this doleful landscape. Every element powerfully symbolises the all-pervading hopelessness of the time in which Jaja conceived this minor masterpiece.

Actually, it’s a sheet of newspaper I used as a backing while making some pieces of amateur radio equipment two or three years ago. Aluminium sheets with holes in them, were sprayed first with grey undercoat. Some were then sprayed black, and some red. Therefore the above composition (if it may be distinguished by such a term) was entirely accidental.

It was only when I came to discard the waste paper that it struck me that a potential art-work had been unintentionally created.

‘What happened to Landscape of Despair Nos. 1 & 2?’ I hear you ask. Well, all three came into existence at roughly the same time; but No.1 and No.2 I judged inferior to No.3, and threw them away. Indeed, after scanning No.3 above, I threw that away too.

So it would seem, if put my mind to it, we might enter upon a career as an artist who creates accidental art-works that are immediately destroyed. But that’s not a very original idea for modern artist, is it? 8^)

Note. The name Bruno-Heinz Jaja was borrowed from a Gerard Hoffnung sketch of the 1950s in which he satirised modern twelve-tone music; it was decades before I discover that Hoffnung’s name ‘Jaja’ was a play on the name of the Italian modernist composer Luigi Nono.