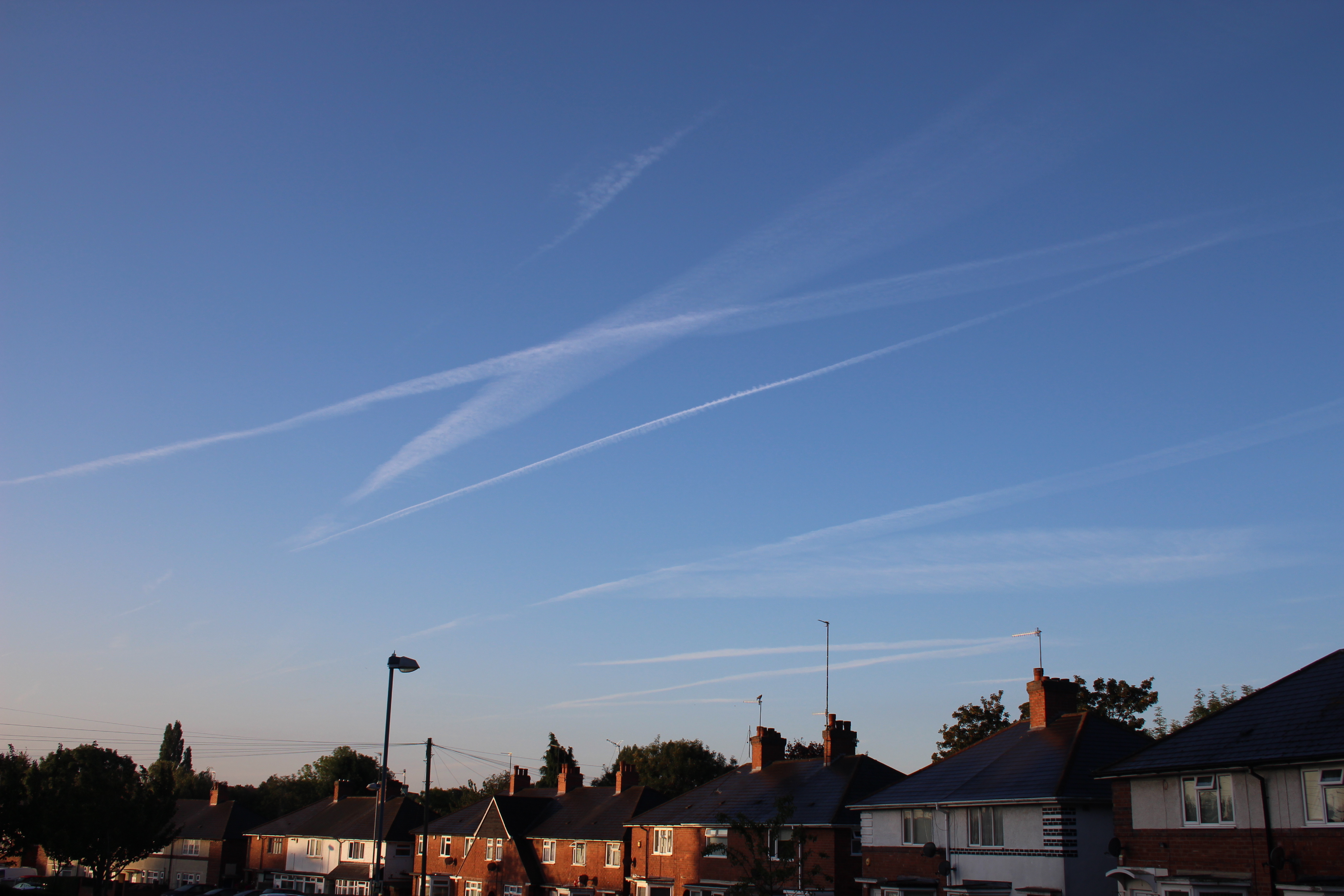 When I went out for my morning walk, around 0730, I saw all these streaks in an otherwise empty sky. They were vapour trails from aircraft. All these aircraft, world-wide, are burning a staggering amount of fuel every year. One U.S. estimate for 2019 is 97 billion gallons. At a weight of 6 lb (pounds) per U.S. gallon, that’s like 582 billion pounds, so about 260 million tons. I just looked up how much CO2 is produced by burning one ton of aviation spirit, and found to my horror, that ONE TON of spirit produces somewhat over THREE TONS of Carbon Dioxide! That means – gulp! – 780 MILLION TONS of CO2 is going into the atmosphere this year from aircraft alone. Altogether, it is believed that nearly FORTY BILLION TONS of CO2 are ‘uploaded’ into the atmsophere every year, mostly from coal and oil.

I know the Earth is big, at about 8,000 miles in diameter, but I also know that the Earth’s atmosphere is only a very, very thin layer indeed. You only have to go 5 miles up (like Mount Everest) and people need supplementary Oxygen. No wonder Global Warming is getting worse.

Of course, as I am old, it won’t affect me; but I have a 3 year old grand-daughter, and another one is due in a few weeks. What about them, I wonder? 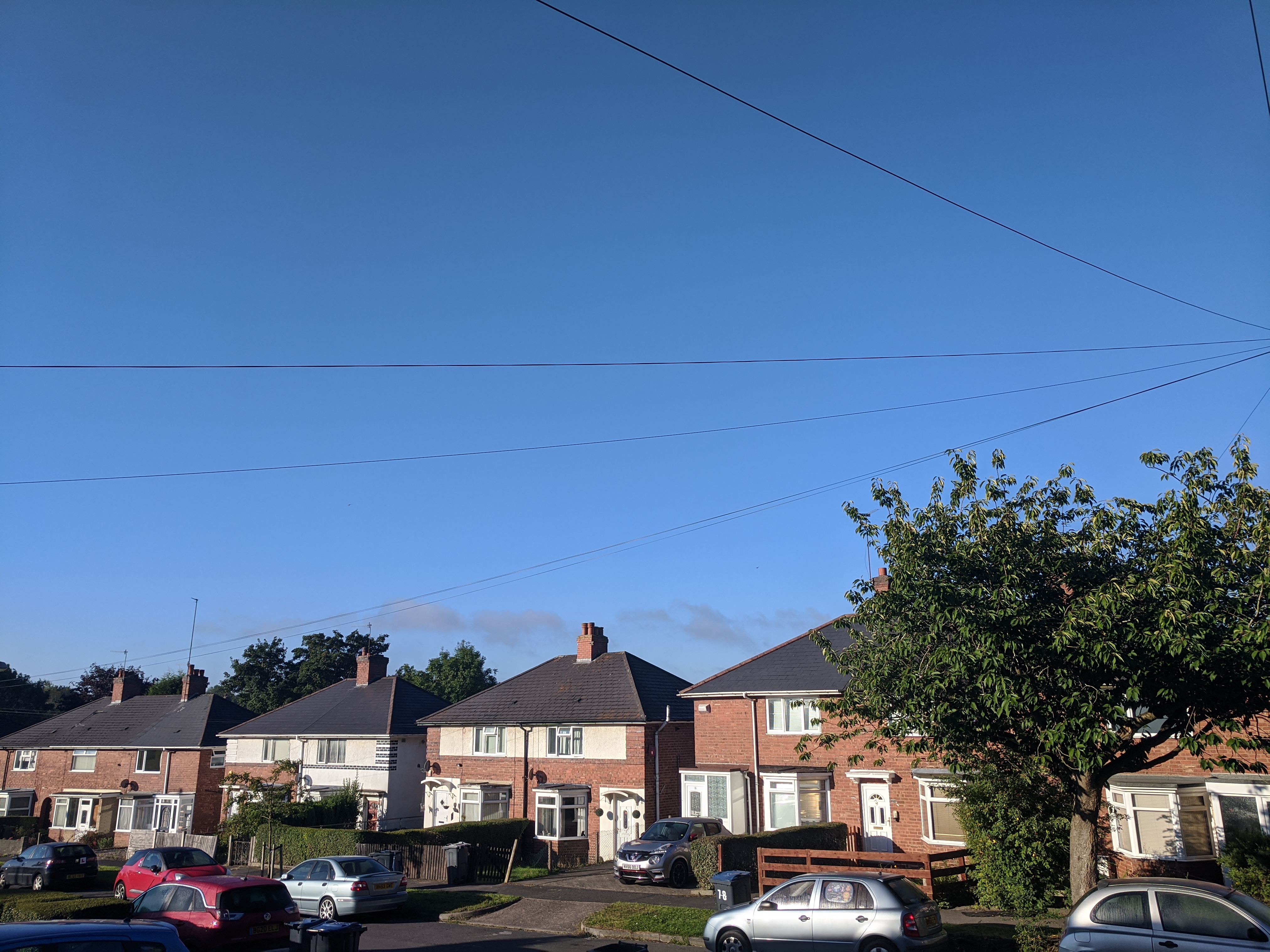 Ah! That’s better. Almost exactly two years later, no planes have left trails at all. Although, in my time, I confess that I have travelled by air many times. Not just to European countries, but to the the U.S.A., the latter probably six or eight times – I simply can’t remember. But now I am struck with guilt for what I have done! This is an extravagance we can no longer afford. Don’t go on flights abroad any more! Buy no more ‘baby sweet corn’ from Thailand, or green beans from Kenya. They need to be flown in, at terrible environmental cost. Oh yes; I know the the peoples of Thailand and Kenya need the income – of course they do! So let the Rich Nations of the world subsidise the ‘Poor Nations’ like Thailand & Kenya. Of course, it may be that there are rich entrepreneurs who run those industries in those countries who will siphon off the money for themselves. That, alas, is a seperate problem, by no means easy of solution.

With temperatures now runnng regularly up to 50°C in India – can we, DARE WE, keep on igmoring Global Warming?