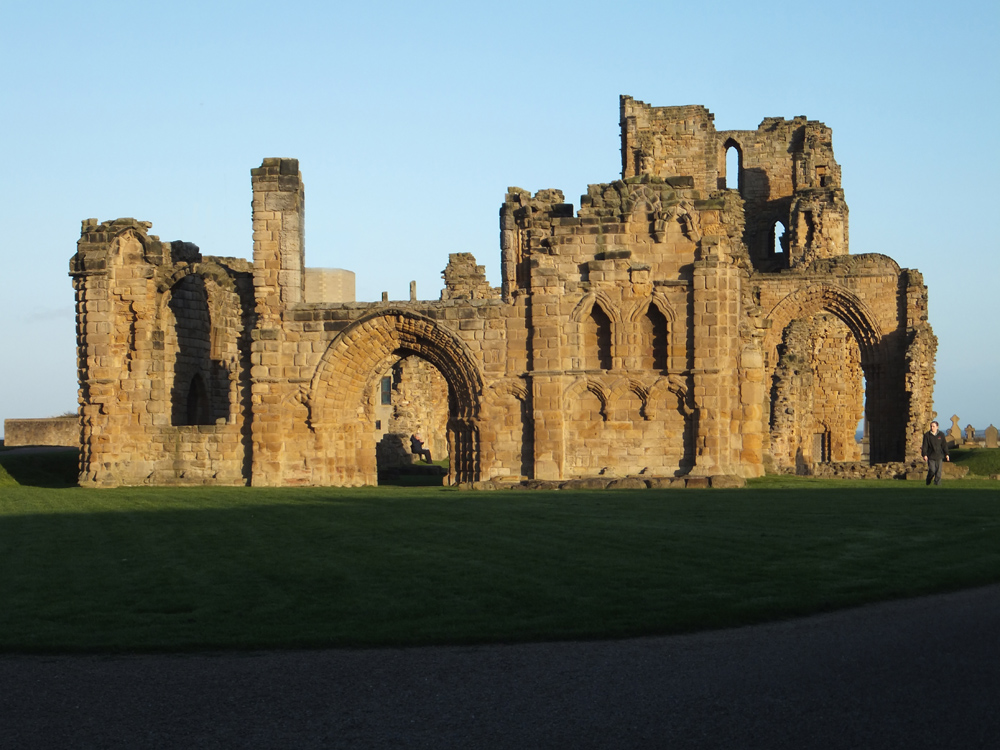 November 2013. Tynemouth Priory: founded in the early 7th Century, so predating the Synod of Whitby in 664. Of course, the structure in the image is much later. The Priory was sacked by the Danes in 800.
For much more, see https://en.wikipedia.org/wiki/Tynemouth_Castle_and_Priory
Much as we like radio, we have painted out the mast which stands behind the ruins. I suppose you could call the picture including the mast ‘Contrasts’; but on the whole, no mast is safest! 8^)